Do you ever wish you could see how much damage a Pokemon can do to every Pokemon in a tier with one moveset? Do you want to be able to see exactly which Pokemon can avoid being 2HKOed by CB Haxorus at a glance? Or which UU Pokemon is the safest switch-in to a +2 Nasty Plot Azelf?

This calculator includes every currently uploaded Smogon set. Pick your attacker, tweak the Nature/EVs/moves/etc to fit your needs, and click "Go!" to see a table with the damage output against every set of every Pokemon on the site (in the tiers you select). This should be especially useful for people writing analyses or considering an offensive set's viability: you just put the set in and immediately see how it fares against the established metagame.

Virtually every relevant item, ability, and (viable) move is included. You'll notice, for example, that RestTalk Gyarados has [Intimidate] next to his name. This means that calculation takes into account that Haxorus will be at -1 if Gyarados switches in. If you scrolled further down, you'd find another RestTalk Gyarados entry without [Intimidate], showing the (higher) damage Haxorus would do if it switched into Gyarados instead, avoiding the -1. The same is true for things like Air Balloon and Multiscale; there's an entry for the Pokemon with the balloon and another one for when it's popped.

The sets are pulled straight from Smogon's analyses using a separate script I will run manually whenever I notice there's been some new stuff uploaded. At the moment, most of the sets onsite are geared towards OU, but once all the UU and Ubers stuff can be uploaded, the calculator will take into account which tier each set was meant for.

There's one major problem with this program: it does not work on Internet Explorer. I used this project to familiarize myself with JavaScript, and I wrote most of it while I was on vacation with virtually no internet. By the time I learned that IE has stricter standards, most of the work was already done, and I'm not really keen on going back and rewriting everything to conform to a browser that I never use. It works on Firefox, Chrome, and Opera, and for now that's good enough for me.

If you have any questions, or if you notice anything wrong/missing, be sure to let me know. There's obviously a lot of possible combinations here, meaning it would be impossible for me to test everything on my own, so there's almost certainly a few things I missed.

UPDATE: The "All vs One" defensive calculator is now up as well! It works essentially the same way, except the obvious difference that you're now customizing the defender instead. Check it out!

UPDATE AGAIN: I've added a 1v1 version of the calculator so you can tweak both the attacker and the target to get the calculation exactly right. Check it out! 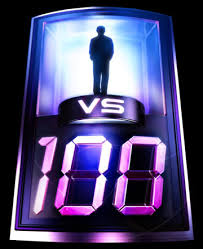 Honko said:
it does not work on Internet Explorer.
Click to expand...

this is too amazing. Now I won't need to open an excel file to run damage calcs. or forget something that walls me. I need to go make a team now


EDIT: would there be a way to add more Pokemon in one window for easier comparison and stuff?

I put in Zwelious, slapped a Choice Band on it, gave it +6, OHKOd everything but Physically defensive Quagsire.

Wow, this is amazing. I am enjoying this consistent flow of high quality programs being contributed.

Edit: Er, where is Shell Smash?

This is really, really great. Thank you so much.

V0x said:
would there be a way to add more Pokemon in one window for easier comparison and stuff?
Click to expand...

That would indeed be awesome, and shouldn't be too hard. The only real trouble is running out of screen space. I'll see what I can do.

Only damaging moves will show up on the sets, but you can easily simulate a Shell Smash by changing your attacker's boosts from +0 to +2.

at the risk of sounding like I'm trolling, Seismic Toss and Night Shade aren't implemented :P

Edit2: Wow, the only Pokemon not 2HKOed by NP Thundurus is SpDef Quagsire.

Honko, this is pure win! Hopefully you can find a way to get that All vs. One damage calculator up, but regardless, this is a great tool for people writing analyses or team building!

This is amazing, thanks so much Honko. This will really help with my team building.

This should be put on the Smogon front page along with the Smogon damage calculator, good work!

Amazing tool! Will be a great help.

Update! The All vs One defensive calculator is up and running, so now you can finally find out exactly how hard it really is to kill that stupid pink blob. Enjoy!

Honko said:
so now you can finally find out exactly how hard it really is to kill that stupid pink blob. Enjoy!
Click to expand...

/me goes and calcs

/me goes and makes team with Hitmonlee

Hey you posted it!
Excellent job Honko, it was a pleasure to test out the Honkalculator!

Man, this is amazing. Really